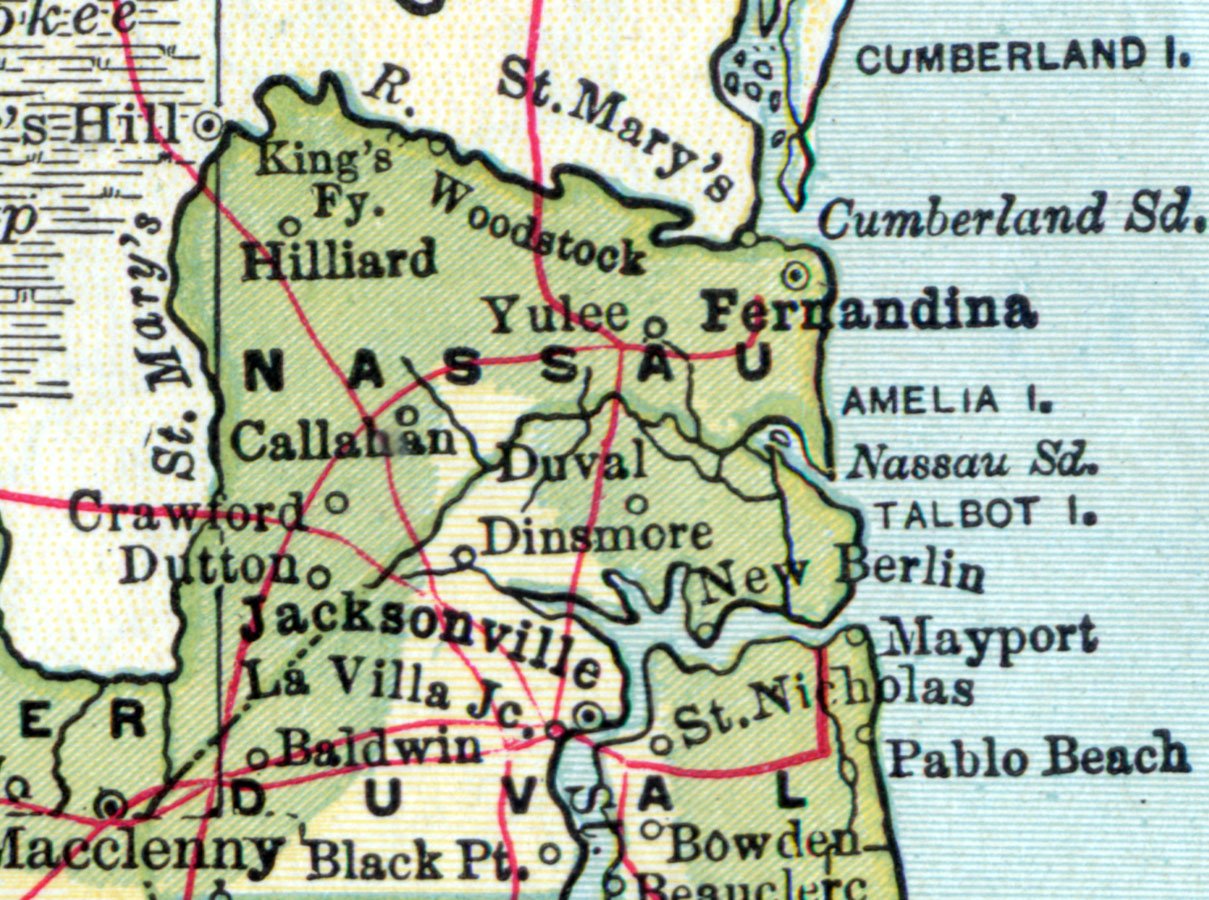 Building up to the Spanish-American war the port of Fernandina was used as a base of operation for those sympathetic to the Cuban plight. Arms, ammunition, and recruits were shipped from her port to Cuba. Once War was declared Fort Clinch was prepared for up to 10,000 soldiers and the economy of Fernandina began to grow again. But it was short lived as additional railroads built out in the early 20th Century to cities like Jacksonville and Savannah. Finally, in the late 1930s, the mills arrived in Fernandina and released the citizens of the community from their reliance on cotton and tobacco to timber and industry. 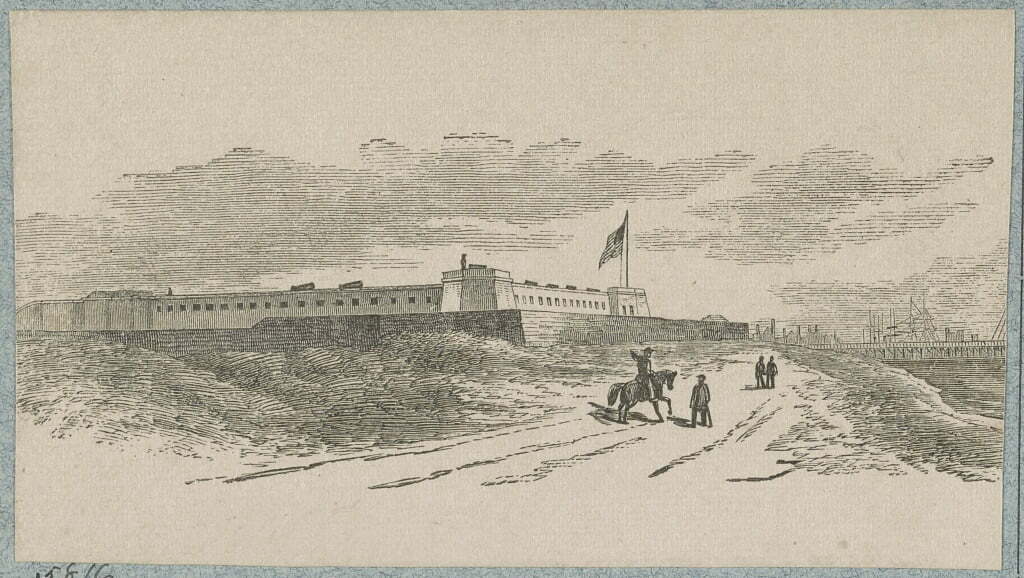 Fort Clinch was an immediate target of acquisition for the Union during the Civil War. The Union Navy arrived on 2 March 1862 firing cannon volleys at the last two retreating railroad ships of citizens from evacuated Fernandina. As in most wars, not all citizens evacuated, and those left behind found themselves in an occupied territory once again, with limited freedom. But freedom did come to the black slaves of Fernandina which far outnumbered their white owners. And when the reconstruction period began after the War it was the "black" county of Nassau which rose to power in the government offices of Nassau County, while the white citizens still held the land and controlled the jobs. It was this inimical system that led to the strikes in the 1880s by the black workers until again the Yellow Fever broke out and all citizens were to busy nursing, to think of other troubles. 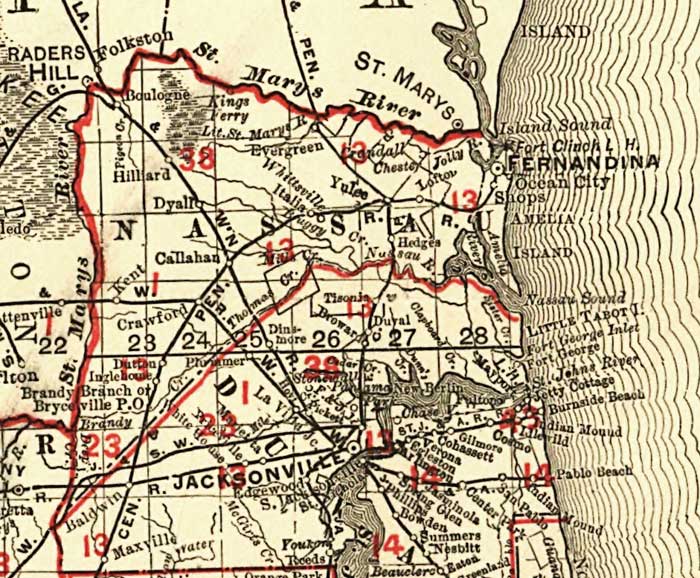 In 1818, Fernandina comprised of about 40 wooden houses which sheltered a population of around 150 people. The town was incorporated the same year as Nassau county was created, 1824. It wasn’t until the Railroad arrived on the Island from Cedar Keys did the growth of Fernandina and Nassau County appear promising. Then all Hell broke loose with the start of the Civil War.

This material was written and compiled by “Workers of the Writers’ Program of the Works Projects Administration in the State of Florida, Sponsored by the Florida State Planning Board, and copyrighted by the City Commission of Fernandina in 1940.” There were no subsequent copyrights on this material and the material entered the public domain in 1968, or 28 years after the publication of material. Note: This material uses phraseology and words which may be considered offensive to readers today.... 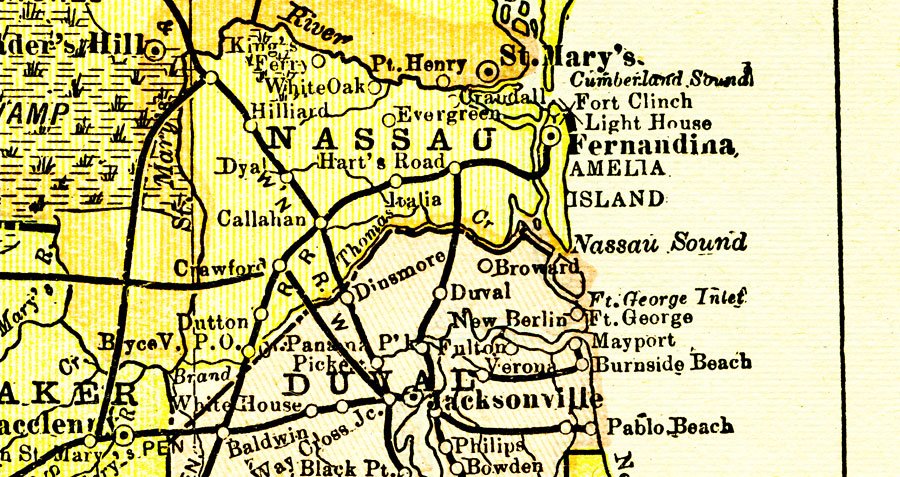 What peace was gained by the Patriots in 1816 was dashed upon the shores of Amelia Island when “General” Gregor McGregor sailed into Fernandina and the Spanish authority hastened retreat. This occupation by English forces was ended by the Yellow Fever epidemic of 1818. Finally, in 1821, without the exchange of actual cash, America purchased the rights to Florida, and the Spanish flag was lowered while the 23 starred flag of the United States was raised at Fernandina. 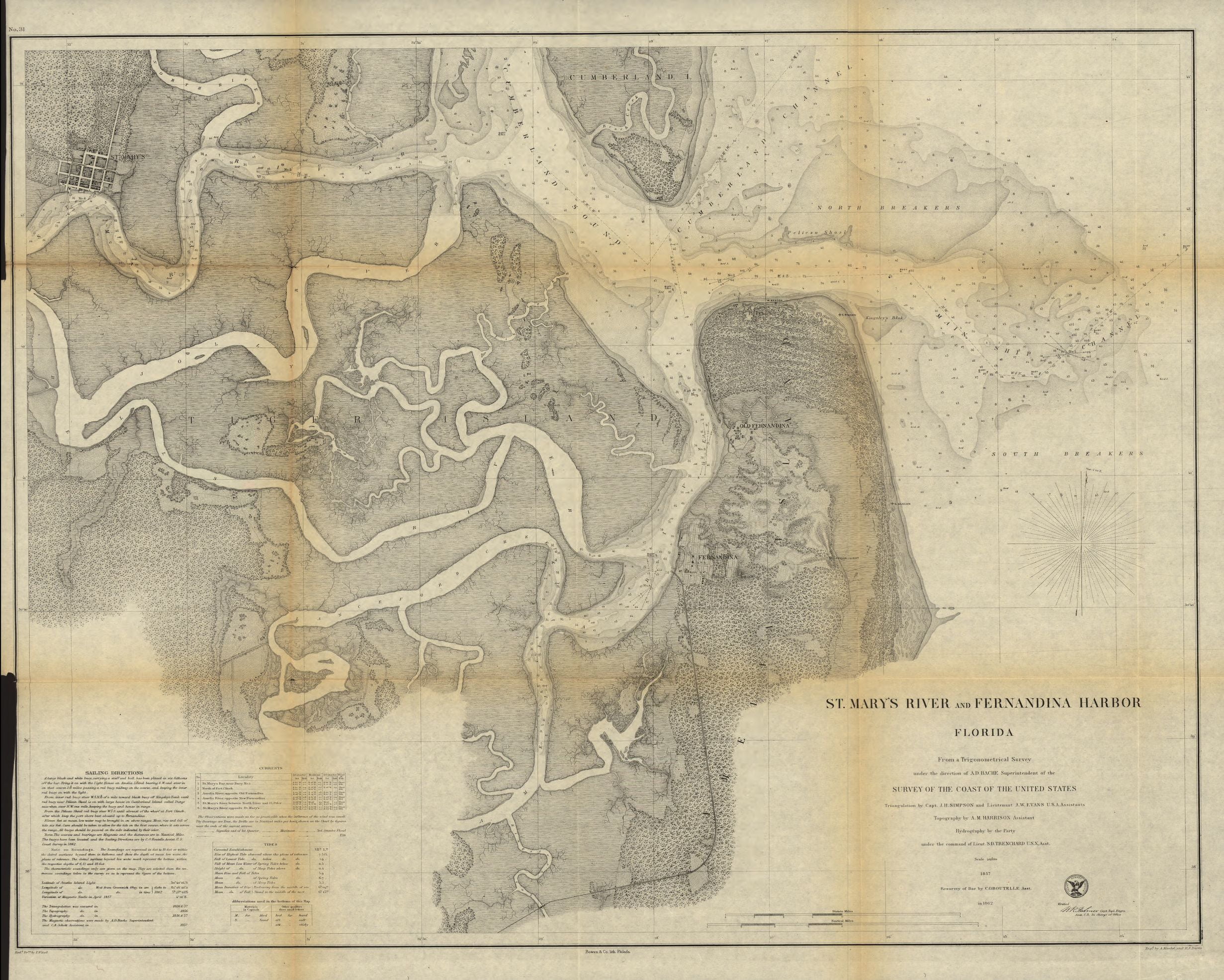 After the English government ceded control of Florida over to the Spanish, Amelia Island citizens found themselves under control of yet another government, with their titles to land in question. All that Spain required was a change of allegiance from England to Spain. Out of this question of land title, and the Patriots refusal to change allegiance was born the Republic of Florida. 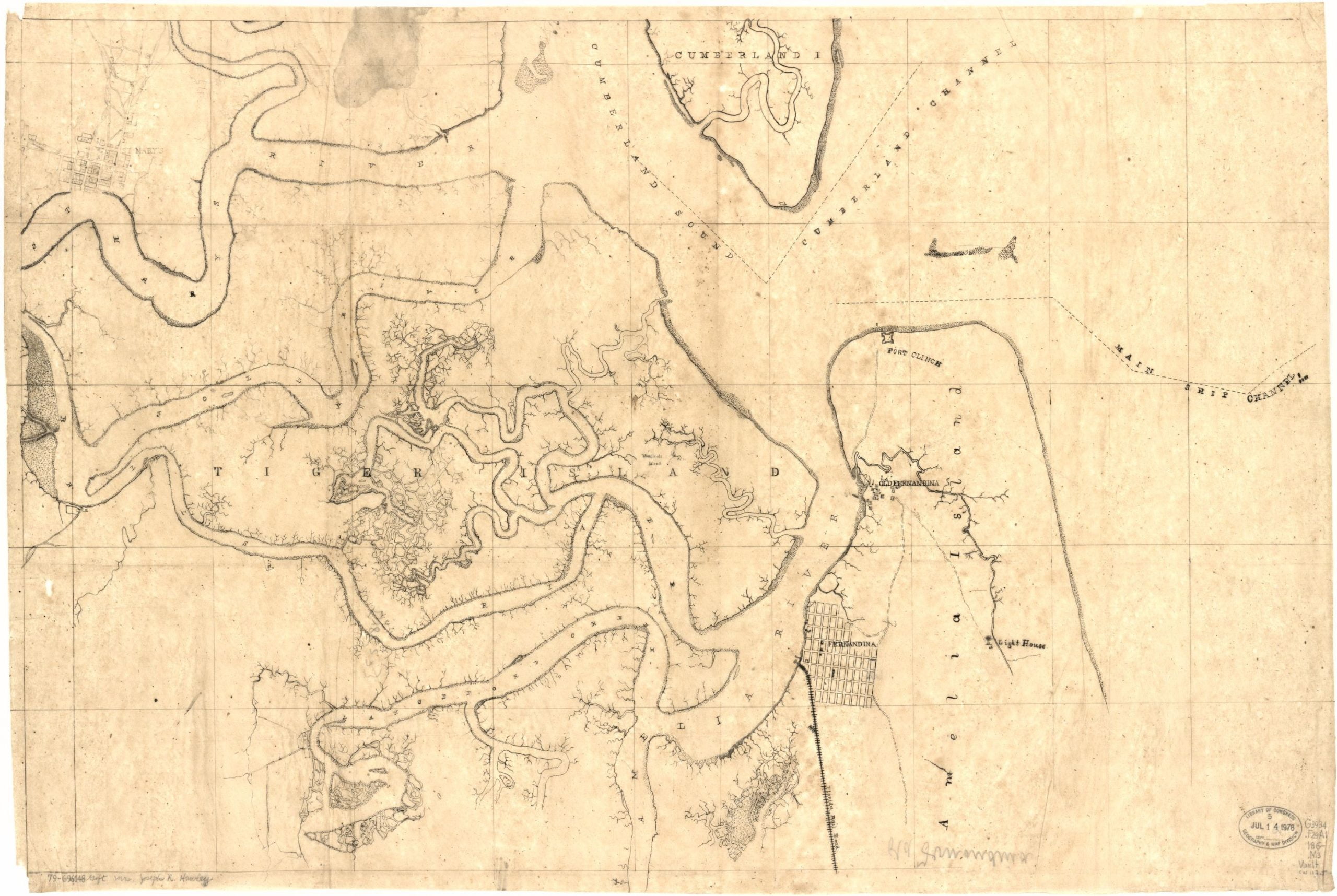 When in 1763 Florida was ceded by Spain to England, a definite boundary at the St. Mary’s River was set for the province. Thus Fernandina again became the border town of Florida, a situation which was to have further significance thirteen years later when the American Revolution broke out.

This first chapter in the History of Nassau County Florida takes the reader from the discovery of Fernandina by Jean Ribault, the intrepid French Admiral and explorer, to 1748 and the treaty between Spain and England which created a no-man’s-land of Amelia Island.