The Amelia Island Genealogical Society board and officers meet monthly to handle the society business. AIGS membership is welcome to attend Google Meet Joining Information Video call link: https://meet.google.com/pfk-tyhq-zveOr dial: (US) +1 346-908-0731 PIN: 722 543 807#More phone numbers: https://tel.meet/pfk-tyhq-zvepin=6838325626893
A History of the Census 1790-1950 Join us for a presentation that will cover the changes and adaptations of the decennial census from inception through the recently released data for 1950, with a special focus on Amelia Island and surrounding area. This program will provide historical context to researchers as they explore census data. Sharon Tosi Lacey has served as the Chief Historian for the U.S. Census Bureau since June 2015. Previously, she spent 25 years as an officer in the U.S. Army and U.S. Army Reserves before retiring in 2015 as a Lieutenant Colonel. She holds a B.S. in Engineering Psychology from the United States Military Academy, an M.S. in Education from Long Island University, and a Ph.D. in History from the University of Leeds.  She is the author of the book “Pacific Blitzkrieg” and a variety of studies and articles on topics ranging from Cromwell’s Army to the Iraq War.

The Amelia Island Genealogical Society board and officers meet monthly to handle the society business. AIGS membership is welcome to attend. A list of all positions to be filled must be forwarded to the Nominating Committee by 1 September. Positions which must be filled with new people are: President, Vice-President, Secretary, Treasurer and all officers. Google Meet Joining Information Video call link: https://meet.google.com/pfk-tyhq-zveOr dial: (US) +1 346-908-0731 PIN: 722 543 807#More phone numbers: https://tel.meet/pfk-tyhq-zvepin=6838325626893

The Amelia Island Genealogical Society board and officers meet monthly to handle the society business. AIGS membership is welcome to attend. Candidates from the Nominating committee for the 2023 Board should be received by the 2022 Board on September 1. Google Meet Joining Information Video call link: https://meet.google.com/pfk-tyhq-zveOr dial: (US) +1 346-908-0731 PIN: 722 543 807#More phone numbers: https://tel.meet/pfk-tyhq-zvepin=6838325626893 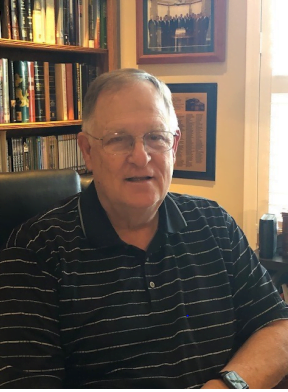 This presentation by Joel Warner goes back to England and tackles some research problems from four different families.  During a review of each of these cases, we identify interesting flukes, errors and assumptions which took us down some wrong paths. We will also look at the corrective actions which solved some problems.  Some of the problems were quite difficult, some were much easier.  Some had stayed “on the books” for many years and some were recent.  We are able to see that one of our best tools as family history researchers is a healthy skepticism.  Our goals as family historians is not to put together what probably happened or what might have happened.  Our goal is to find, through reasonable exhaustive research, what did happen.  We cannot know everything, but by linking documents together we can can be reasonably certain of many things. Warner’s goal in this presentation is to use real cases he has worked on to demonstrate how perseverance and luck will often help research solve problems.  Some may take patience as more and more records become available.  But there is great satisfaction with connecting yourself to the real lives of the real family members who contributed to what and who you are. Joel Warner Joel Warner has had interest in Family History since he was a boy.  This was due to his mother and grandparents working in the area and sharing stories of how his ancestors came to America, the problems they faced and what they left …